On Sunday, October 13th the congregation visited the new Church site for a tour and blessing of the cross.

The picture below was taken as the congregation formed a Circle of Inspiration after the blessing. 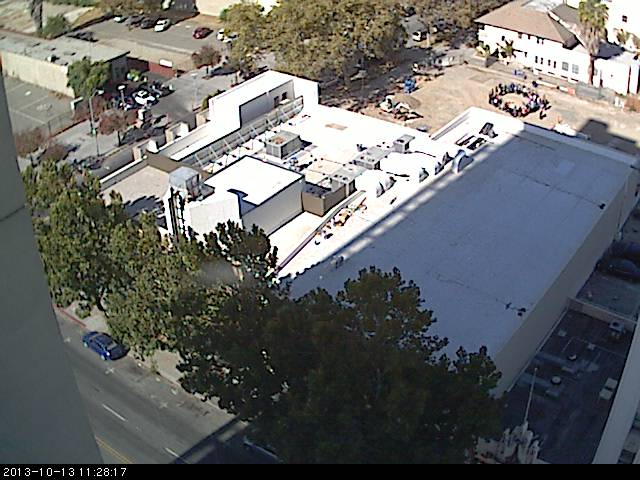 On Monday, October 14th a crane arrived at 24 North Fifth to install the final roof railing for the roof deck and the cross.  Pictures of the crane set-up were published in a previous blog, and are HERE.

Everyone was very pleased to see Jim Crawford at the site. 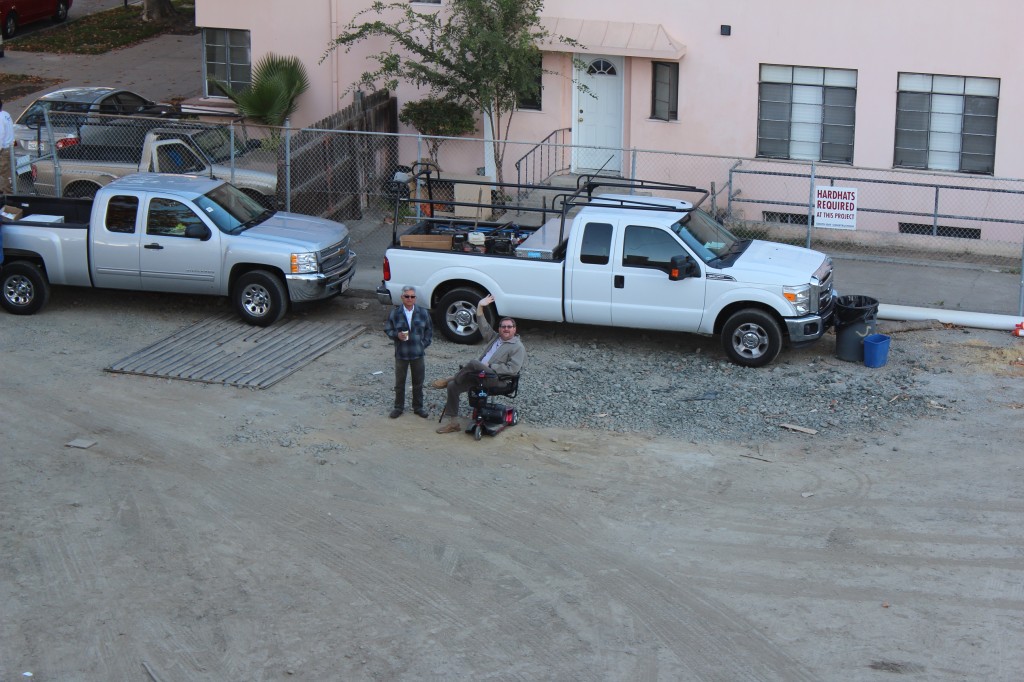 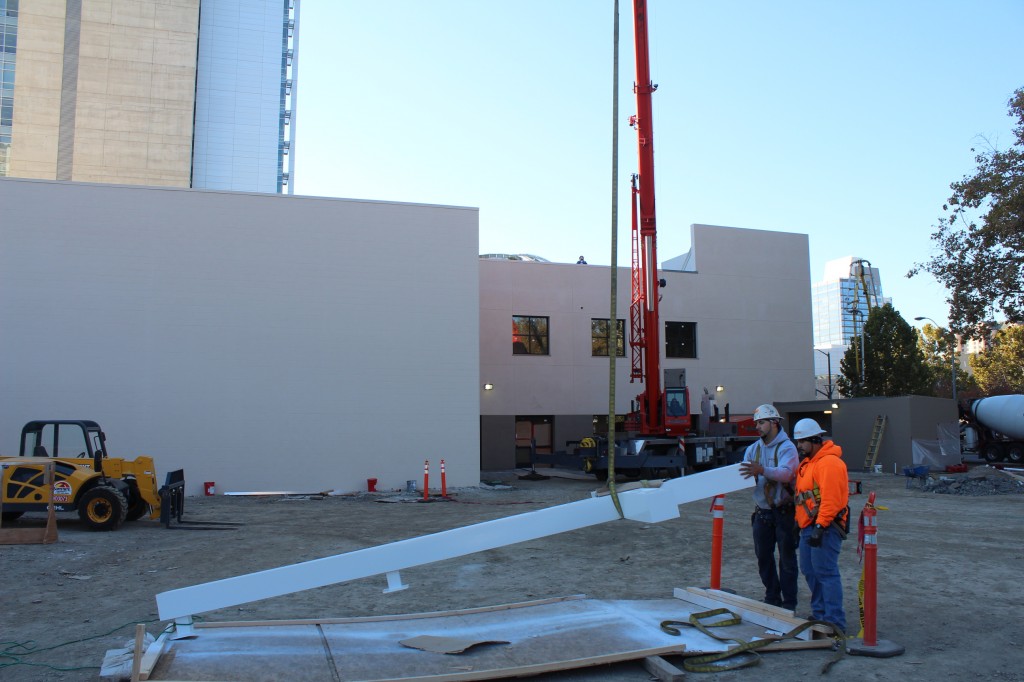 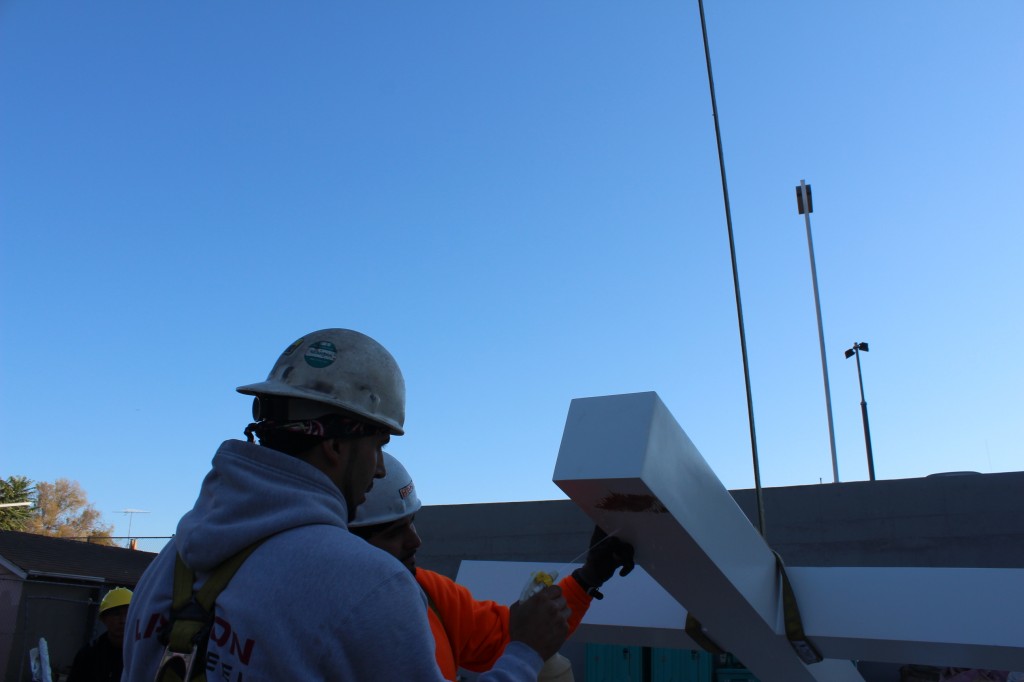 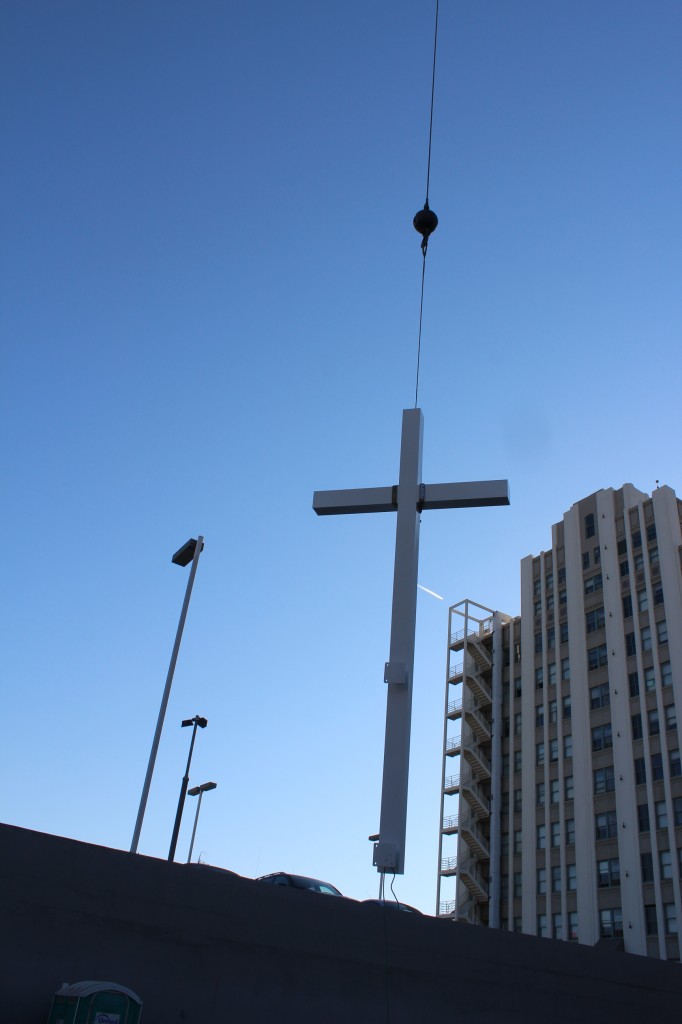 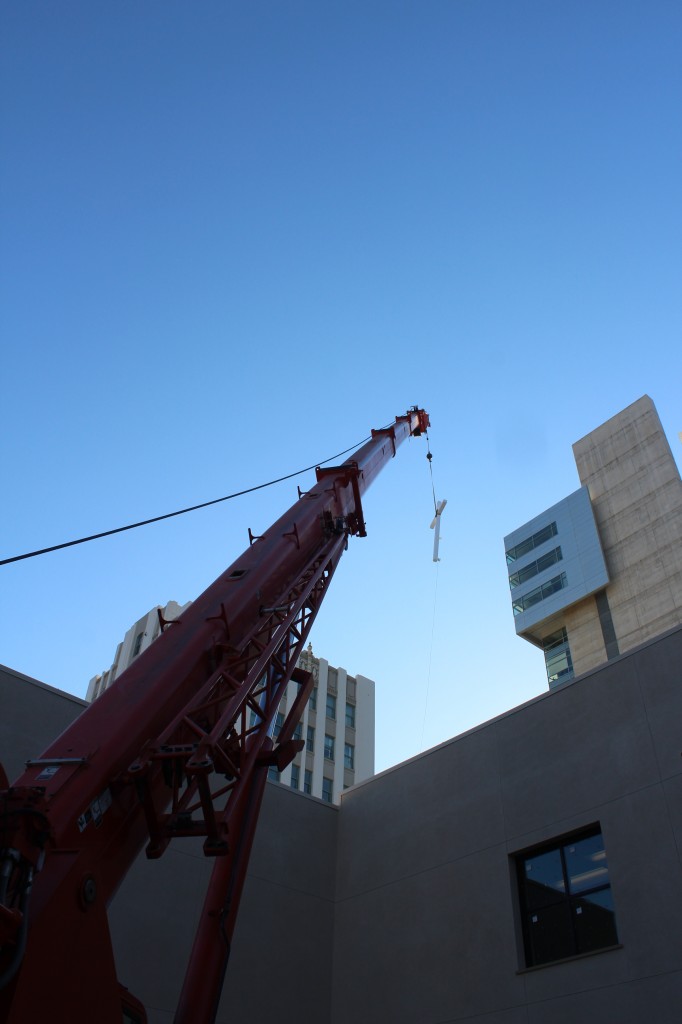 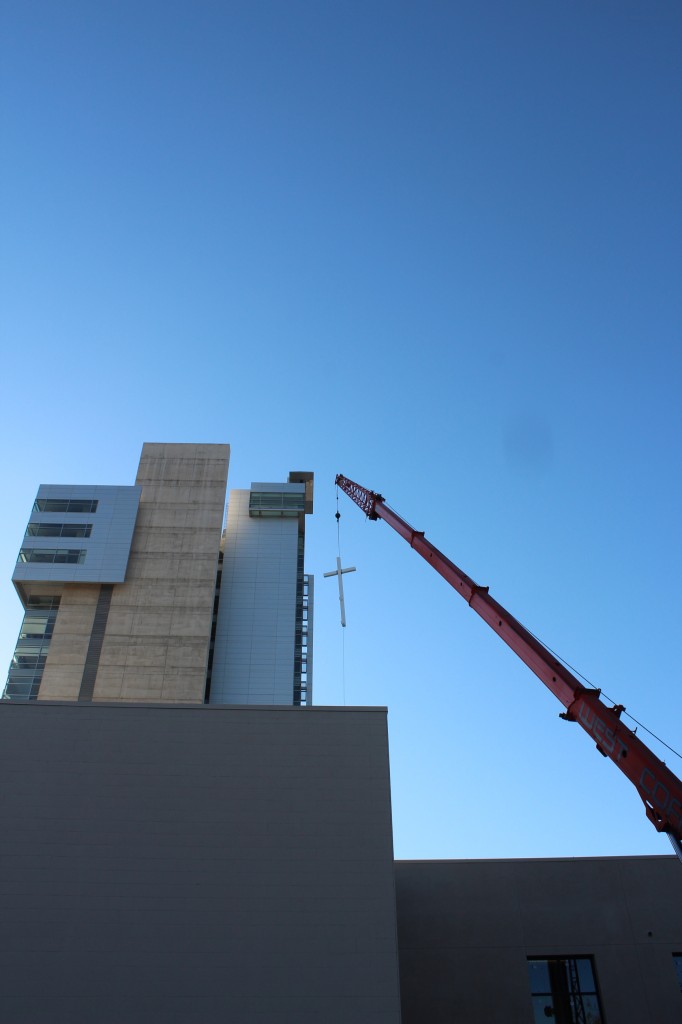 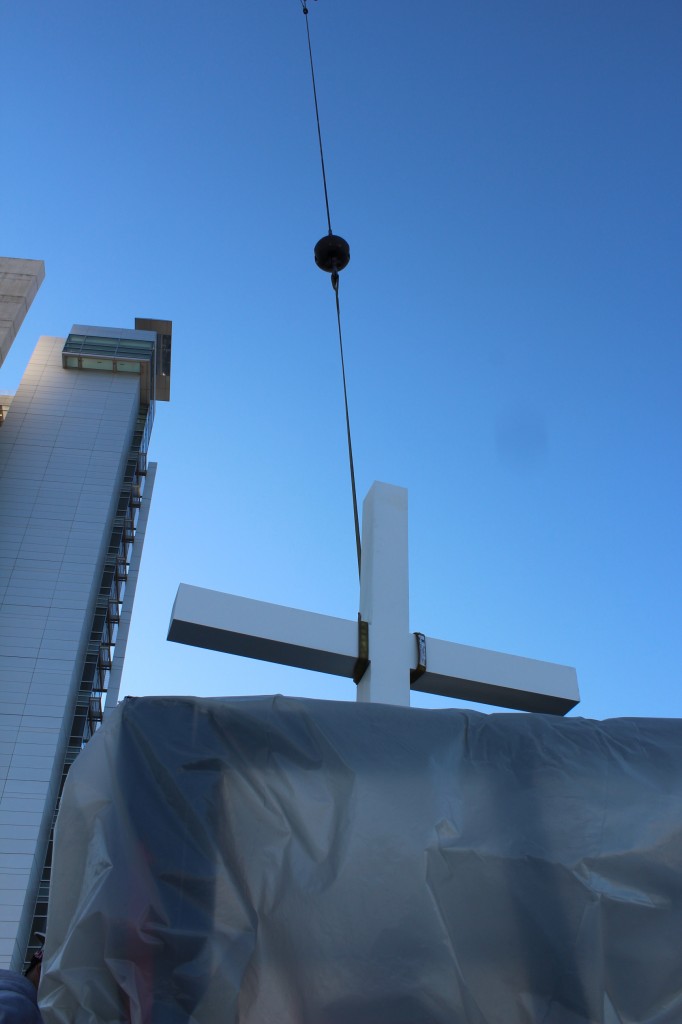 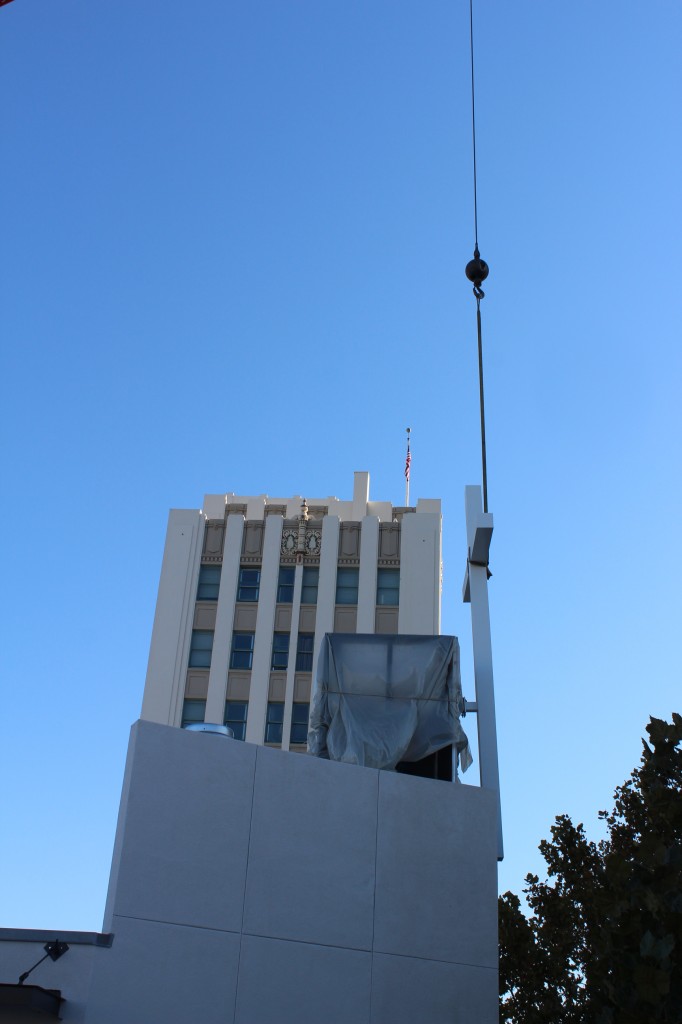 The rigging team found a small mis-alignment between the bracket on the cross and the structural component supporting the cross.  A decision was made to re-work the bracket rather than modify it in-place.

The cross is expected to be installed on Friday, October 18th.

You can read more about the history of the Church in Today’s San Jose Mercury News Article.