Our kitchen layout has changed since initial design.  For example we switched from built-in coffee and tea makers to more portable versions.  To better accomodate this change Degryse electric modified two circuits from 208 VAC to 110 VAC.

They also separated one of our counter-top circuits into three separate circuits by adding two more.  While you might imagine ripped up wall board and hours of adding new wire, this change was rather minor.

We’re fortunate to have their experience behind us during this project.  Turns out many circuits, in the kitchen and other locations of the Church, are accomplished by multiple runs to J-boxes in the ceiling.  These J-boxes are then connected to the switch panel with separate runs.

To accomplish the addition of two new circuits in the kitchen, their electrician was able to make two short runs from the electrical room to the kitchen ceiling, then modify the wiring in the J-boxes.  Much simpler than massive re-wiring you might expect to affect such a change.

These two pictures show the addition of two new runs from electrical room to kitchen. 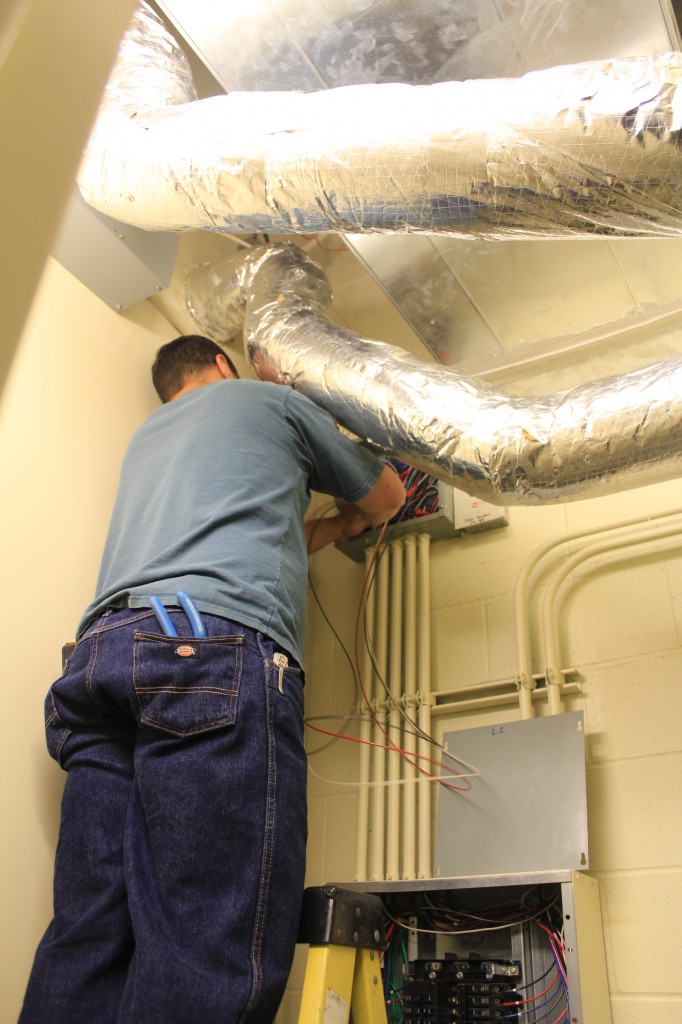 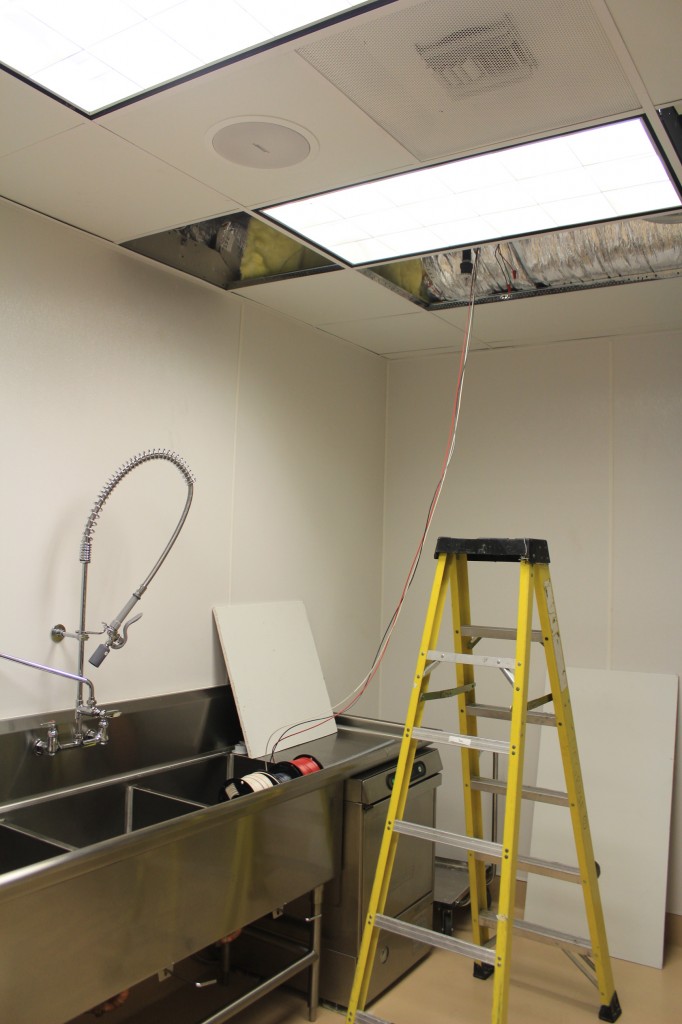 Below are the two coffee circuits which have been changed to 110 VAC.  If in the future we install built-ins, the switch back to 208 VAC will be simple; no re-wiring required. 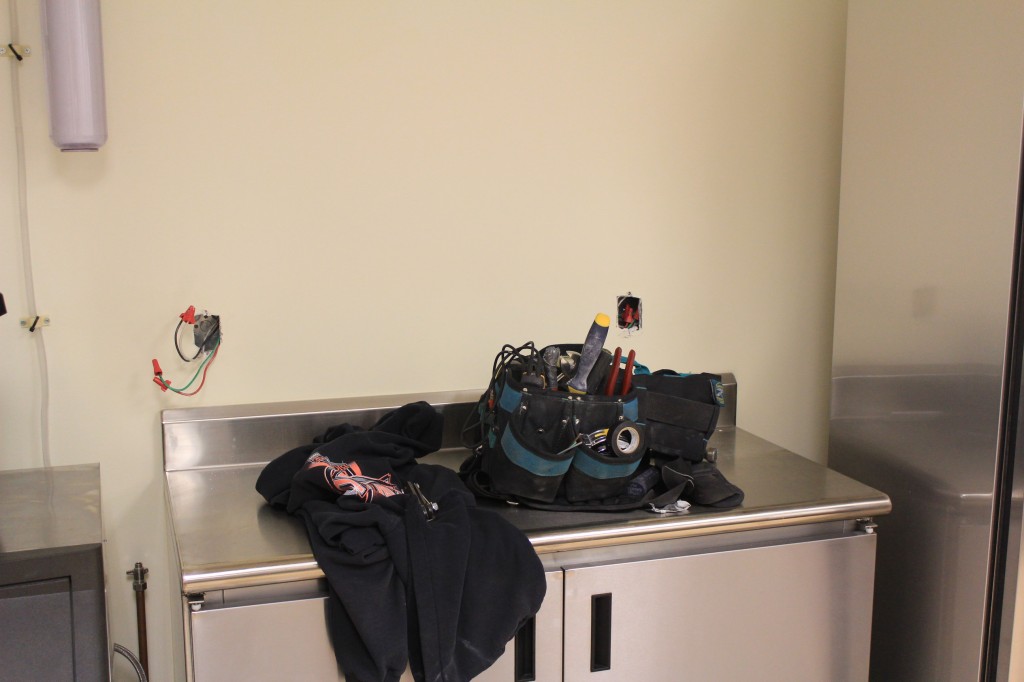